Vibrational Therapy, also called Vibrational Medicine and Energy Medicine, is based on the scientific principles that all matter vibrates to a precise frequency and that by using resonant vibration, balance of matter can be restored.

“The human body is made up of frequencies that form a harmonic and balanced whole when a person is healthy. The vibrations of the body easily go out of tune when a person experiences physical or emotional stress, improper and destructive habits. Vibrational Healing employs vibratory tools to help the body remember its own healthy harmonic resonance . The vibratory energies emanating from frequencies generators, color, crystals, aromatherapy, light, and sound can break up these blockages, releasing the energy and allowing it to flow freely.”

Within all life, existing together at the same time, is both matter and space, movement and stillness, sound and silence, light and darkness. The polarity of life, or the ability to travel throughout the range between polar opposites, is the natural state of being. Most of us are often stuck in one of the polar opposites, unable or unwilling for various reasons to freely flow throughout the full range of the circle of life.

At any level of existence, whether it be atomic or cosmic, form that is in a state of balance and health, pulse in and out of stillness and movement easily. It is a dynamic, ever-changing dance. In fact, form in its wisdom and intelligence, is constantly seeking to correct imbalances.

Use of a specific complementary regimen from an assortment of vibrational therapies invites the system back into its core resonance, into its true nature. It is an invitation to come home.

What is Vibrational Medicine?

Every person has a unique vibration. In addition, each organ in the body vibrates at its own frequency when healthy. When you are out of harmony, for whatever reason, frequencies become out of balance. This can result in stress, mental or emotional unrest, disease or a general lack of well-being. Vibrational medicine helps return the body to a state of harmony and vibrant health.

What is Vibrational Medicine used for?

This technique works in a wide range of problems including:

When the root problem is dealt with the problem is unlikely to return.

Vibrational medicine attempts to treat people with various forms of pure energy. The influence of alternative medical systems such as Chinese, Ayervedic or Tibetan medicine have led in part to the development of machines that can ‘image energy’. Heat energy imagers are an accepted part of our technology. We readily accept imaging heat, even though we can’t see it, because heat is something we can sense through touch. With the ‘energy body’ it is not so straightforward. Very few of us have experienced this for ourselves and there is apparently no sensory backup to tell us it is there.

Experiments in ‘electro-acupuncture’ and Kirlian photography have led to an energy map of the body identical to that shown in traditional Chinese medicine. The meridian system is seen as an interface between the physical body and the energy body. Applications of resonant energy to the meridian system promote healing in a number of dis-eases, by altering the energy of the ‘root system’ concerned in the dis-ease. Much of this work seems to be ‘undercover’ and information and the manufacture of equipment for treatments of this nature is actually suppressed through legislation.

The etheric body, acupuncture meridians, chakras and nadis and other multi-dimensional aspects of the human are described by ancient schools of healing throughout the world. Western medicine in its reductionist stance, ignores these aspects because they can’t be studied under a microscope. Only now, at the beginning of the 21st century are some doctors starting to catch on.

Vibrational medicine interfaces with subtle energy fields that under lie the functions of a physical body. It is based on the idea of resonant frequencies, similar to a tuned string on a musical instrument resonating with anything tuned to the same frequency, or an opera singer smashing a glass by singing at a certain pitch. Some sciences and philosophies have recognized vibrational elements as an important part of the universe. It is proving difficult to link these new sciences with the dogma of Western medicine. Even as long ago as 1928 Thomas Sugrue recognized vibrational elements at work in the human body:

“The human body is made up of electronic vibrations, with each atom and elements of the body, each organ and organism, having its electronic unit of vibration necessary for the sustenance of, and equilibrium in that particular organism. Each unit, then, being a cell or a unit of life in itself has the capacity of reproducing itself by the first the law as is known as reproduction-division. When a force in any organ or element of the body becomes deficient in its ability to reproduce that equilibrium necessary for the sustenance of physical existence and its reproduction, that portion becomes deficient in electronic energy. This may come by injury or disease, received by external forces. It may come from internal forces through lack of eliminations produced in the system or by other agencies to meet its requirements in the body.”

Experiments in high-energy particle physics and the new field of quantum physics show us that nearly all matter is energy. In some sense we are made from ‘frozen light’. As beings of energy we are influenced by and can be treated by energy and modern medicine is all too slowly realizing this.

Medical science, alternative medicine and quantum science are merging in a few specific places. For example M.R.I. (Magnetic Resonance Imaging), places the patient in a strong magnetic field that passes waves through the body. The computer creates an image by analyzing changes in the magnetic alignment of the hydrogen protons in our cells. This is essentially an ‘energy imager’ but is still only used for physical diagnosis.

A key principle behind M.R.I. is that the atoms under study (hydrogen) are being stimulated by the transfer of energy of a specific frequency. The energy is only absorbed by the atom if it is of a particular resonant frequency. Systems which produce frequencies that resonate with the biological phenomena being studied have the greatest chance of successfully imaging indicators of disease. M.R.I. promises much new diagnostic information about the body, showing even more detailed cellular pictures of structure and function. It is still looking at only physical molecular imaging – a sophisticated application of a Newtonian philosophy.

Recently a BBC series on alternative medicine featured a program presented by Doctor Kathy Sykes. In what can only be described as a ‘breakthrough experiment’, she found evidence of an effect of acupuncture on the brain’s limbic system, also known as the mammalian hind brain. Combining on-the-spot acupuncture with an MRI scanner we were able to see the direct effect of acupuncture for ourselves in calming areas of the limbic brain.

Devices capable of sensing vibrations in a person are appearing, one such uses voice analysis to identify missing frequencies. Practitioners are astounded at the accuracy of their findings and the speed of results in supplying that frequency to a patient. This tool is allowing switched-on energy devices to heal without having to diagnose, because the treatment gets to the energy root problem directly. In some ways the ‘effect’ of the illness is irrelevant – the principle is to replace the missing energies and allow the body to self-heal. This has always been the basis of eastern healing philosophies. 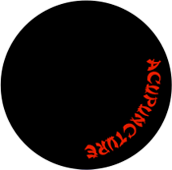 Dr. Wong is the “real deal”! I have seen other chiropractors during my life, and Dr. Wong is as good as they get!

My mother keeps reporting more good news. She has lost 6 pounds in a week and her swelling has gone down tremendously.

With Dr. Wong’s help, I was able to prolong the life of my hip by
4 years.

When I came to see Dr. Wong, I was suffering from severe panic attacks and was constantly feeling “wired”. During the very first session of acupuncture, Dr. Wong managed to calm my body down and I was able to feel normal again. Dr. Wong also worked on my back, as years spent sitting in front […]

If you have any doubt of coming to Dr. Wong, let me clear it for you. Dr. Wong is by far the best acupuncturist in Indy. I have been going to Dr.Wong off and on for almost 10years and I know when I don’t see him for a while because of my busy schedule I […]

I highly recommend Dr. Wong for your chiropractic and acupuncture care. The chiropractors that I have seen in the past thirty years have been located in several states and European countries.

I was in so much pain that I tried 8 cortizone shots which didn’t help. So I called Dr. Wong and in tears started his acupuncture treatments, along with chiropractic maneuvers. I am able to live my life without excruciating pain, and I am still working 2 jobs at the age of 76. I believe […]

I experience increased levels of physical vitality every day because of my healing journey with Dr. L. Richard Wong.